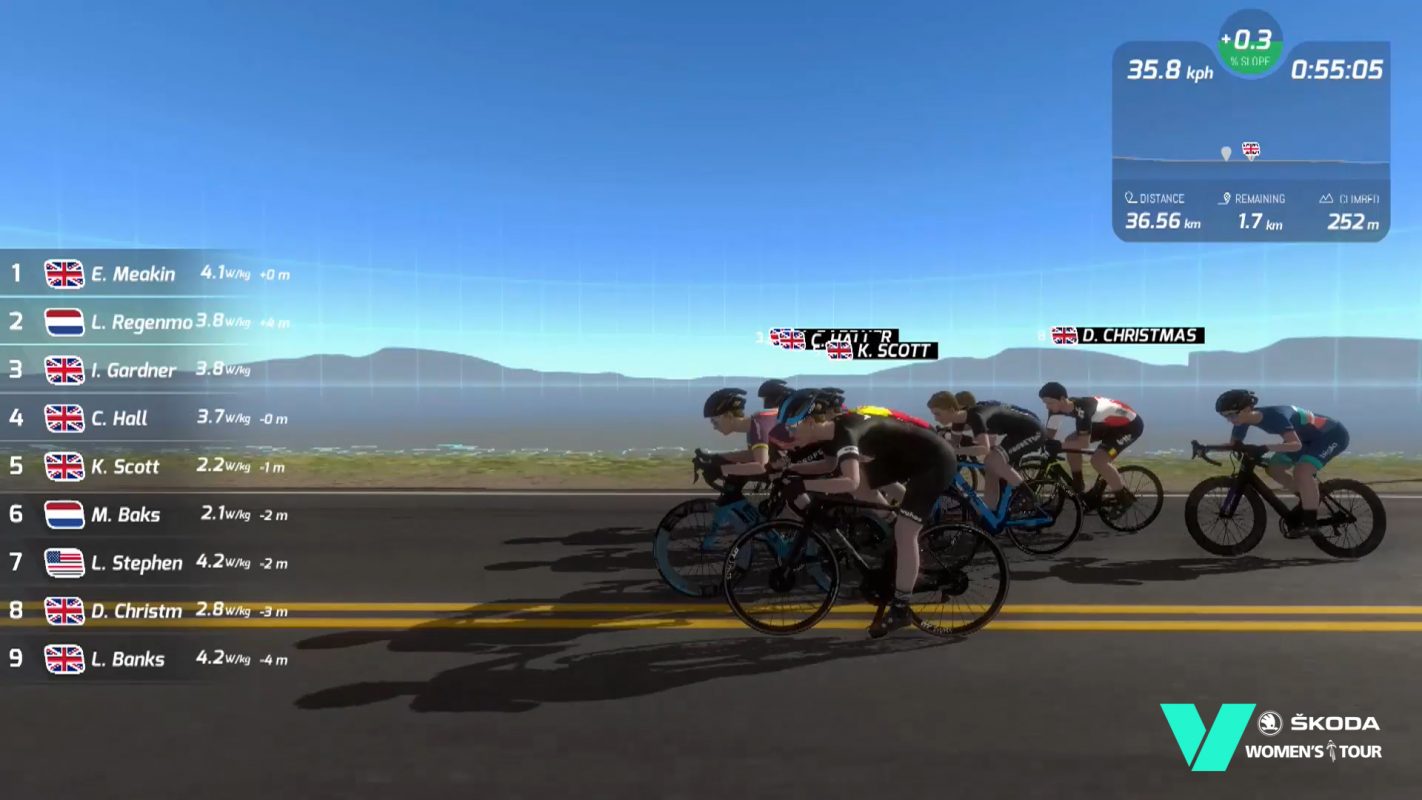 Across three evenings 18 teams and more than 50 of the world’s top riders will face three stages of racing on the RGT Cycling platform, tackling two classic stage routes from Women’s Tour history around Bury St Edmunds in Suffolk (Wednesday) and the hill top finish of Burton Dassett in Warwickshire (Thursday 18 June) before a final 35-lap circuit race around Canary Wharf on Friday (19 June) evening.

Among the riders confirmed to take part are:

Commenting on the ŠKODA V-Women’s Tour, Dame Sarah Storey, who raced in the real world event in 2016 said, “With the news of the Women’s Tour being postponed until 2021, cycling needed something a little different, which enabled riders to race and teams to give visibility to their sponsors.

“ŠKODA stepping in, to be headline sponsor for the race in a virtual format, highlights the strength of their support for women’s cycling. I’m pleased to be part of this unique event and looking forward to testing myself again in a competition.”

Making their Women’s Tour debut are American squad Rally Cycling. Leigh Ann Ganzar from the team said, “I’m excited to see the WorldTour teams logging on for the race, the level of competition is going to be really high. This is our first time competing on the RGT Cycling platform so there will be a steep learning curve with the new race dynamics.

“Virtual racing gives a good approximation of what the last bit of a real-world race feels like. The intensity is a good way to stoke the fire while we prepare for regular racing to resume.”

Trek-Segafredo – the defending Women’s Tour champions following their victory on the road with Lizzie Deignan in June 2019 – will be one of two UCI Women’s WorldTour teams racing, along with FDJ Nouvelle Aquitaine Futuroscope, and their team manager Ina Teutenberg is looking forward to the action.

“Having the opportunity to participate in the Virtual Women’s Tour will be a nice change to the monotony the riders are experiencing at home these days with no racing in the immediate future. The stages have something for everybody, and we tried to assemble a team that can compete well in all of them,” said Teutenberg.

“We’re still in the early stages of the preparation for the re-start of the season, but this event will give the riders some welcomed motivation. We want to be competitive in every single stage.”

The ŠKODA V-Women’s Tour will also be broadcast via the CyclingNews, British Cycling and ŠKODA WeLoveCycling YouTube channels.

The ŠKODA V-Women’s Tour is being made possible thanks to the support of ŠKODA, California Raisins, Lucozade Sports, RGT Cycling and Scimitar.

Following each stage of the ŠKODA V-Women’s Tour members of the public also have the chance to ride the three routes with a suggested donation of £5 to raise money for Breast Cancer Now and Mind with a choice of Fan Races, Group Rides and Open Roads on RGT Cycling.

Mind are the charity partner of Volkswagen Group UK (of which ŠKODA is a part), while Breast Cancer Now’s partnership with the Women’s Tour dates back to 2017 and has seen riders race in the past three editions of the Women’s Tour carrying pink ribbons bearing messages from those affected by breast cancer.

Full event information can be found at www.womenstour.co.uk.